The Safe House crew ventured to the 2015 SHOT Show in Las Vegas this week.  We had meetings with the top safe manufacturers in the Gun Safe industry at this years SHOT Show so we can continue to bring our customers the best products.  Some of the most exciting news out of the SHOT show this year was that Browning / Prosteel had raised its gun safe fire ratings to some of the highest levels on the market today.  With their new Thermo Block fire protection Browning Gun Safes will offer one of the best fire ratings in the industry. 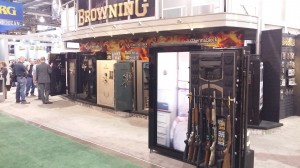 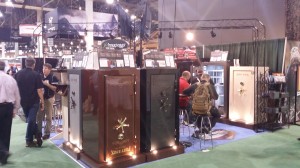 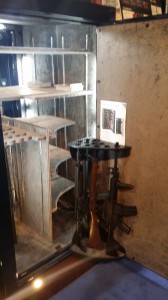 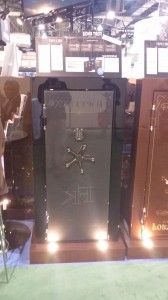 Another announcement at the SHOT Show this year was by Sargent & Greenleaf. They     released new study data regarding its electromechanical locks and their ability to properly open in the event of an electromagnetic-pulse (EMP) attack or solar incident.  So what this means is if you are worried about an EMP pulse knocking out your S & G safe lock, fear not because this study shows that their most popular electronic locks exceed all of the requirements that the U.S. Government require for EMP resistance. 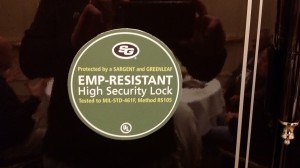 Thank you for viewing The Safe House BLOG we look forward to seeing you at one of our showrooms in Nashville or Knoxville TN.  The Safe House is Tennessee’s largest gun safe retailer with 10 brands and over 500 gun safes in stock.  We can help you find the safe to fit your specific needs and budget.

For over 22 years The Safe House has been Tennessee’s largest gun safe specialist, we carry over 500 safes in stock and 10 different gun safe brands, we have the largest selection of gun safes in Tennessee and the Southeast U.S. We also carry the best selection of Home Safes, Jewelry Safes, High Security Safes ,Floor Safes and Vault Doors. We don’t just sale safes , we can deliver and install your safe in your home or business.  We provide service for most safe brands in the U.S. If you are having a problem with your safe just call The Safe House and we would be happy to help you solve your problems.  The Safe House does just sell safes , we sell piece of mind.